Judge Myron Thompson, a U.S. district court judge in M.D. Alabama, Northern Division, issued an awesome analysis of Title VII in the case of Isaacs v. Felder Services LLC. The decision, handed down on 10/29/15, agreed with the EEOC that discrimination based on sexual orientation is always a form of sex discrimination. I hope and expect to see more courts adopting this common-sense reading of Title VII. In the Isaacs case, Judge Thompson ruled against the plaintiff on the merits of his claim, given the facts of the case. But KUDOS to Judge Thompson for recognizing that a sexual orientation discrimination claim is cognizable under Title VII.

This court agrees instead with the view of the Equal Employment Opportunity Commission that claims of sexual orientation-based discrimination are cognizable under Title VII. In EEOC Appeal No. 0120133080, 2015 WL 4397641, at *4–*10 (July 16, 2015), the Commission explains persuasively why “an allegation of discrimination based on sexual orientation is necessarily an allegation of sex discrimination under Title VII.” Id. at *5. Particularly compelling is its reliance on Eleventh Circuit precedent, id. at *7:

“Title VII … prohibits employers from treating an employee or applicant differently than other employees or applicants based on the fact that such individuals are in a same-sex marriage or because the employee has [or is interested in having] a personal association with someone of a particular sex. Adverse action on that basis is, ‘by definition,’ discrimination because of the employee or applicant’s sex. Cf. Parr v. Woodmen of the World Life Ins. Co., 791 F.2d 888, 892 (11th Cir. 1986) (‘Where a plaintiff claims discrimination based upon an interracial marriage or association, he alleges, by definition, that he has been discriminated against because of his race [in violation of Title VII].’).”

See also Andrew Koppelman, “Why Discrimination Against Lesbians and Gay Men is Sex Discrimination,” 69 N.Y.U. L.Rev. 197, 208 (1994) (“If a business fires Ricky … because of his sexual activities with Fred, while th[is] action [ ] would not have been taken against Lucy if she did exactly the same things with Fred, then Ricky is being discriminated against because of his sex.”).

To the extent that sexual orientation discrimination occurs not because of the targeted individual’s romantic or sexual attraction to or involvement with people of the same sex, but rather based on her or his perceived deviations from “heterosexually defined gender norms,” this, too, is sex discrimination, of the gender-stereotyping variety. EEOC Appeal No. 0120133080, 2015 WL 4397641, at *7–*8 (citation omitted); see also Latta v. Otter, 771 F.3d 456, 486 (9th Cir. 2014) (Berzon, J., concurring) (“The notion underlying the Supreme Court’s anti-stereotyping doctrine in both Fourteenth Amendment and Title VII cases is simple, but compelling: ‘[n]obody should be forced into a predetermined role on account of sex,’ or punished for failing to conform to prescriptive expectations of what behavior is appropriate for one’s gender. See Ruth Bader Ginsburg, ‘Gender and the Constitution,’ 44 U. Cin. L.Rev. 1, 1 (1975). In other words, laws [and employment practices] that give effect to ‘pervasive sex-role stereotype[s]’ about the behavior appropriate for men and women are damaging because they restrict individual choices by punishing those men and women who do not fit the stereotyped mold. Nev. Dep’t of Human Res. v. Hibbs, 538 U.S. 721, 738 (2003).”). 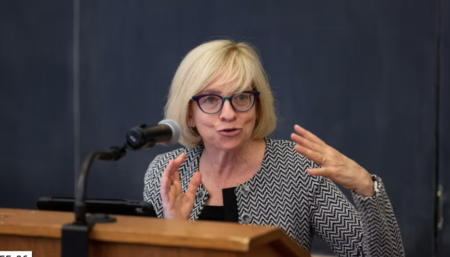 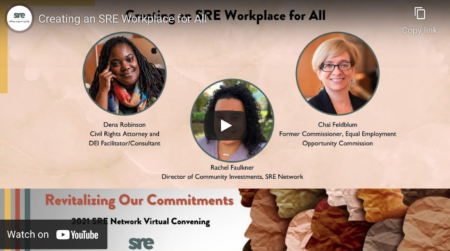